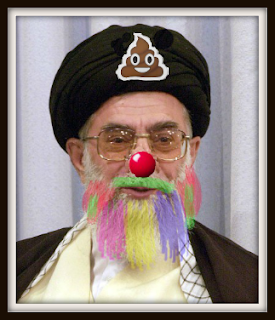 11 January 2020: Iran's clerical rulers risk a legitimacy crisis as popular anger has boiled up at the way the state handled a passenger plane crash, which the military took three days to admit was caused by an Iranian missile fired in error. Amid mounting public fury and international criticism, the belated admission of blame by Iran's elite Revolutionary Guards has squandered the national unity seen after the killing of the country's most influential commander in a U.S. drone strike in Iraq on Jan. 3. Huge crowds had turned out on the streets of Iranian cities to mourn Qassem Soleimani's death, chanting "Death to America". But since the Ukraine International Airlines plane crashed on Wednesday - an incident Canada and the United States said early on was due to an Iranian missile albeit fired by mistake - social media has been ablaze with criticism of the establishment. All 176 people on board the plane, en route from Tehran to Kiev, were killed.

"It is a very sensitive time for the establishment. They face a serious credibility problem. Not only did they conceal the truth, they also mismanaged the situation," said a senior former official, who spoke on condition of anonymity. Since the 1979 Islamic revolution, Iran's clerics have swept aside challenges to their grip on power. But the kind of distrust between the rulers and the ruled that erupted in protests last year may now have deepened. Video clips on Twitter showed protesters in Tehran on Saturday chanting "Death to the dictator," a reference to Supreme Leader Ali Khamenei. Reuters could not independently verify the footage. It followed a welter of criticism in Iran. Iran's state news agency confirmed protests had erupted.

The Guards issued an apology for shooting down the plane, saying air defences were fired in error during a state of high alert. Iran had expected U.S reprisals after it retaliated for Soleimani's killing by firing missiles at Iraqi bases where U.S. troops were stationed. One hardline official said the mistake should not be turned into a political weapon against the establishment and the Guards, a parallel force to the conventional army that answers directly to Khamenei and is a guardian of the theocratic system. "Let's avoid being so harsh. It was a sensitive time and everyone was nervous. You cannot ignore what the Guards have done to protect the nation and this country since the revolution," the security official told Reuters.

It has not been a good week for Iran's Supreme gOOfball Ali Khamenei, to say the least. . .

He began the week orchestrating one of the great Dog and Pony Shows in human history.  With typical menacing muslim rhetoric he vowed Great Satan America would face *severe revenge* while raising the red flag of vengeance over the Jamarkaran mosque and parading Soleimani's dead body all over Iran in multiple million man funerals.

One must give the Supreme gOOfball an A for hype. . .but an F for execution (unless you think accidentally executing your own people is a great achievement).

Yes, after all the hype, the Supreme gOOfball's *severe revenge* turned out to be nothing more than a few potholes in an Iraqi airbase, as he was too terrified of Trump's response to actually target American servicemen, the million man funerals actually ended up killing 56 Iranian citizens in stampedes, and, worst of all, the incompetent Iranian air defense actually shot down a commercial jetliner, killing nearly 150 additional Iranian citizens.

The Supreme gOOfball's spokesmen denied for 3 days Iran shot down the jet, but the truth could not be hid, and the Supreme gOOfball had to take a big bite out of a shit sandwich and admit the humiliating truth: his proud nation had urinated all over itself in its biggest moment.

Nervous and fearful by their own admission:

Let's avoid being so harsh. It was a sensitive time and everyone was nervous. . .

Nervous and fearful, after all the Supreme gOOfball's belligerent rhetoric and uber-nationalistic mega funerals, Iran SHIT THE BED!  LOL!!

In its own shit, Iran choked the lives out of over 200 of its own citizens, not to mention dozens of Canadians and Ukrainians.

In a real country, if a leader fucks up that historically bad, he's OUT.  Impossible to survive.  If's Iran's Supreme gOOfball survives, it's because his own people are as cowardly as he is, and lack the will, after being bullied for decades by their absurdly costumed clerics, to run his dumb ass out of the country.

Are Iranians gonna continue to let this useless eater tell them how to dress, which cocks they can suck, and what movies they can watch?

Look, I'm sure it wouldn't be easy.  We know the Supreme gOOfball is real good at bullying his own people, but after becoming the world's joke in the last week, do Iranians really want to keep living like dogs, afraid of the Supreme gOOfball's lash?  Isn't it time to bite the hand that doesn't feed them?
Posted by Person X at 5:49 PM