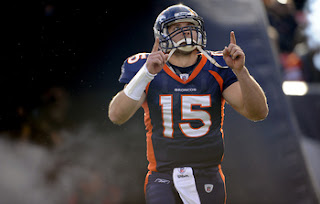 Let us be clear on one point:

Jesus is the God of losers.

The Spirit of the Lord is upon Me, because He hath anointed Me to preach the gospel to the poor; He hath sent Me to heal the brokenhearted, to preach deliverance to the captives, and recovering of sight to the blind, to set at liberty them that are bruised. . .

You ever see the hero of an AmerICKan sporting event, teary-eyed, gazing heavenward, and then thanking God for his victory?

All them people in the housing bust who lost their McMansions?  God wants their thanks.  They need to thank God for showing them what the world truly is.

The foxes have holes, and the birds of the air have nests; but the Son of Man hath not where to lay His head.

There’s no place in the world for Jesus and Jesus’ people.  Flee from any preacher in a two thousand dollar suit and a two hundred dollar haircut who tells you Jesus wants you to have the *fine things* of the world.

Winners love the shit of the world.  With their victories and their stolen treasure, they build their kingdom on earth.

But a majestic defeat destroys them!  Jesus’ defeat has destroyed them.  The winners rule the earth, yet do not realize they are condemned to Hell.  While the winners mocked the Lord Jesus Christ on the cross, our Lord and our God told one loser:

Today shalt thou be with Me in paradise. . .

The world cannot understand the paradox of Christ’s defeat. . .

The shame of it is this includes the vast majority of the losers. They do not understand their victory is in Christ's defeat. In their lust for the *fine things* of the world, the losers miss Christ's message:

For what shall it profit a man, if he shall gain the whole world, and lose his own soul?
The losers have the same lusts as the winners, but lack their cleverness.  In the end, they settle for the bones the winners toss them: a bit of bread, some circuses, flags.  When these don't sate their lusts, they relieve their frustration through alcohol, narcotics, fornication and violence.  They never see past the lying vanities of the world, and they live in bitter resentment of the winners--they double down on their losses, losing both in this world, and the world to come.
What a world this would be if the billions of losers could look upon Jesus on the cross, and see their victory!
If any man will come after Me, let him deny himself, and take up his cross, and follow Me. For whosoever will save his life shall lose it: and whosoever will lose his life for My sake shall find it.
But what a tragedy, that billions who will never have a pot to piss in, and know they will never have a pot to piss in, still cannot say no to their lusts, cannot turn from the world and follow Christ to paradise.  They reject the treasure of Heaven. They choose to grub their lives away for the winners' hand-me-downs, which moth and rust will eat away.

Heavenly Father, thank you for drawing me to the cross of Christ.  Jesus, thank You for Your obedience.  Your carnal defeat earned the spiritual victory that opened the gate to paradise.  Forgive me for the lusts of the world which still rot in my flesh.  Let that sickness take my body to the grave, but protect my soul from the ambitions of the world.  In Christ's name, let my victory come in eternity. 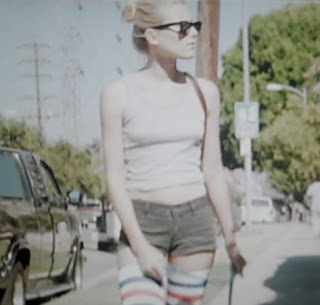 Though Starlet might not be a masterpiece, it's leagues beyond the horror that is:

Zero Dark Thirty. . .a supposed *thriller* about the hunt for Osama bin Laden.  This is one of the most critically acclaimed AmerICKan movies of recent years.  Ha.  It's almost as boring as another AmerICKan classic, Saving Private Ryan.  Zero Dark Thirty would have us believe that bin Laden was eventually found and killed all due to the dogged efforts of one female CIA officer, Maya, played by somebody named Jessica Chastain, a redhead with a big nose and a jack-o'-lantern mouth.  Given the lethal-but-laughably mistaken targets of their drone operations, I find it hard to believe one, or even a hundred-and-one, CIA *officers* could find bin Laden.  But anyways, back to the preposterous propaganda, er, movie.  Maya has a pet theory about bin Laden which, of course, everybody else in the CIA sneers at, but which, of course, eventually proves true.  Maya nurses her pet theory for 10 long years until some other chick finds an old file somewhere with a picture of some sand nigger in it which somehow everybody had overlooked but which somehow proves Maya's theory is right. . .whatever.  It doesn't really matter. This might have been an interesting movie, except for one little problem: Maya is one of the least interesting characters you'll ever see.  In this nearly three hour long pseudo-epic, Maya spends most of her time staring off into space, apparently meant to convey how deep and total her obsession is to find bin Laden.  . .the tedium is only slightly broken every 45 minutes or so when she has a temper tantrum when someone scoffs at her theory, and, near the end of the movie, when she repeatedly and furiously attacks her bosses door with a red Sharpie, marking the number of days the boss has somehow failed her.  Though the movie covers ten years, Maya doesn't appear to age at all, has no personal life, and exhibits only one minor and utterly predictable character development: initially she is queasy about torture, but soon becomes a calloused advocate of it.  The only interesting characters in the movie are a couple of the torture victims, which may be due more to sympathy from a shared fate (watching this tedious film is about as fun as waterboarding) than to any competencies in the script.  The Grand Finale, the *heroic* SEAL mission to kill bin Laden, is shot in video game night vision green, an absurd attempt to convey gravitas on what in reality was little more than a bunch of over-armed soldiers shooting fish in a barrel, and is just as slow-moving and lacking in tension as the rest of the film.

Idea for a t-shirt: