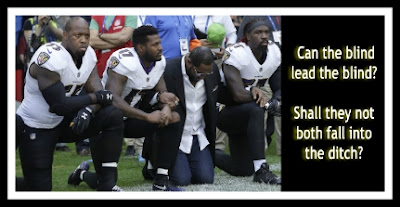 29 September 2017, GREEN BAY - A request by Green Bay Packers players for fans to join them in a show of unity during the national anthem before their game Thursday apparently did little to calm the debate.

Packers fans on Wednesday continued to blast the NFL, the team and players for what they perceive as showing disrespect for the nation, the flag, the military or the national anthem by sitting, kneeling, remaining in the locker room or locking arms during the national anthem. Supporters say players are peacefully exercising their free speech rights on the best stage available.

"I am so ashamed of and appalled by the ignorance of any NFL player who would dare disgrace our Stars and Stripes or the memory of hundreds of thousands of fallen U.S. heroes who paid with their lives so that we may live free," said Steven Tiefenthaler, a native of Brookfield who now lives in San Antonio. Tiefenthaler is a Packers shareholder and 20-year U.S. Air Force veteran.

What is this football/anthem nonsense really all about?

Isn't it strange that the sheeple snap from their trance when a handful of footballers refuse the ritual hymn?

Why are they so troubled they can no longer enjoy their favorite pastime?

Why do they take it so personally?

Quite simply, those who are troubled by the disturbance to the anthem ritual are human zeroes.  Their souls long ago dissolved by materialism and narcotics, they accepted the Mark of the Beast.

But they told God to go to Hell, and listened to the lying wonders of the Beast, and sought paradise on earth, through crude materialism.

Their God promised a mansion in eternity, but the human zeroes could not see past six hundred threescore and six. . .

Empty and Godless, they shed their true identity. . .

Now these zeroes must identify themselves. . .

In the land of the football scandal, some miliions and millions identify themselves as Americans.

Can you imagine that?  A creature of wonder, a biological miracle in an incomprehensibly vast universe, crowned with consciousness, yet it limits itself to a name on a street sign.

A creature designed out of time abstracts itself to some pretense that has barely existed for two hundred years. . .

The Great Image Of The Beast has commanded:

Get that son of a bitch off the field right now. Out! He’s fired!

Quite simply, a fair percentage of the sheeple are so far gone, so *American,* their identity so wholly given over to the Beast, their lives so spiritually cut off from true man and True God, they see the inconsequence of not participating in the ritual hymn as blasphemy. . .

Blasphemy, a sin worthy of death. . .

And some dumb American will no doubt believe he is serving his god when he kills. . .some other dumb human zero. . .some other human zero worshiping his own Beast. . .some human zero who identifies himself as a Black. . .or a Faggot. . .or whatever else they choose to deny their Father in Heaven.
Posted by Person X at 8:19 PM No comments: