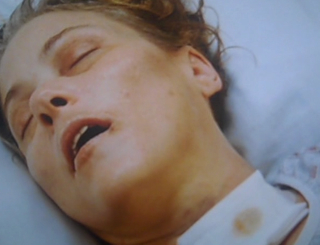 Every now and then I watch a *critically acclaimed* AmerICKan film to see if Hollywood’s thirty year decline into stupidity has been reversed.  Based on the Academy Award nominated The Descendants, the Tinsel Town slide into imbecility continues.  This confused dramedy tells the pseudo-poignant story of Matt King, a soon-to-be fabulously wealthy Hawaiian landowner whose life is turned upside down after his wife suffers a tragic accident which leaves her in a vegetative state (how many mediocre Hollywood scripts of the last twenty years are dependent upon the tragic accident gimmick?).  King is saddled with two bratty daughters whom he must somehow learn to parent in the absence of his wife (not that her absence could matter that much, anyway, considering how obnoxious the daughters already are).  King is played by movie star George Clooney, who tries hard to look perplexed and overwhelmed--for this he was nominated for Best Actor.  OK.  Anyway, in another stale Hollywood plot twist, Clooney’s King learns his comatose wife has been unfaithful (not while she was comatose, no, she was committing infidelities before her tragic accident. . .but having a comatose wife carrying on an affair would have been a refreshing plot twist), and thus instead of feeling guilty for neglecting his marriage and his family, as he had felt when his wife was just a vegetable, and not a slut vegetable, he now feels victimized.  Clooney’s King soon learns there’s no hope for his brain dead whore, and the plug will have to be pulled.  The movie wanders on, with Clooney’s King having to tell family and friends the sad news, while he also searches for the man who was fucking his wife.  Inexplicably, if this were the real world, but for forced comedic purposes in the celluloid world, Clooney’s King is accompanied on both missions by his bratty daughters and the oldest bratty daughter’s moronic boyfriend.  Lots of inappropriate behavior ensues. The Descendants is a bizarre mix of tear-jerker sentimentality and Apatow-esque rude.  I never could quite figure out the point of this thing, other than to refute the old maxim: a slice off a cut loaf is never missed.  Adding to the film’s woes are the wooden acting of Clooney’s supporting cast, beginning with the girl who plays the oldest bratty daughter, a mannequin named Shailene Woodley.  Woodley is blandly attractive--she looks as if she could have been a swimsuit model from Target’s Memorial Day circular, but she lacks personality and delivers her admittedly awful lines as if she were the one in a coma.  Even worse is a fellow named Nick Krause, who plays the bratty daughter’s simpleton boyfriend.  His character is so dumb, ill-mannered and rude, he’d even be shunned at Ridgemont High. One supposes the lame script intends for this character to be some sort of lovable dimwit, but Krause plays him with all the subtlety of a claw hammer.  The only thing more baffling than the point of this horribly off-key soap opera is what the fawning critics saw in this misfiring mess.