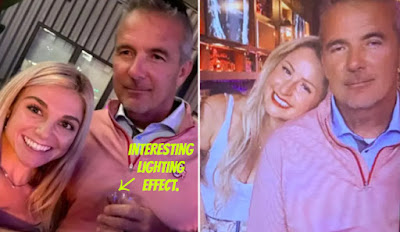 Detroit +7.5 @ Minnesota: This one will be ugly. The Lions secondary has more holes than the crotch in Cayman Nebraska's jeans after a night out with Urban Meyer.  And the offensive line is in a shambles.  Minnesota can name their score in this one.  Minnesota.
Tennessee -4 @ Jacksonville: If Jacksonville gets blown out, Urban Meyer might resign.  He tends to quit when the road gets a little bumpy, and a blow out loss to a mediocre team would probably indicate his players have bagged it.  Do the Jags really want to try to get in Derrick Henry's way for their coach?  Henry would set a single-game rushing record in this one, if it wasn't already over by half-time. Tennessee.
Chicago +5.5 @ Las Vegas: Must win for Raiders.  Can't lose to a shit-ass team at home, can't follow a nice 3-0 start with 2 losses.  Derek Carr needs a big game after being called out as psychologically fragile by Joey Bosa.  The Bears defense still has a few teeth left, but their offense lost their best player, RB David Montgomery.  Still, could be a better game than most expect.  Las Vegas.
Cleveland +1.5 @ Los Angeles Chargers: After shitting away their first game to KC, the Browns are slowly rounding into SB form.  I expect the Browns to win the AFC, their defense particularly is getting it into gear.  Will be a long afternoon for Justin Herbert.  Browns getting points?  Lock of the season, so far.  Cleveland.
Posted by Person X at 1:22 PM