The Little Iconoclast Who Almost Could

Pretty sad how easily Bernie Sanders was swept aside. . .

Like a fly the democrat donkey shooed from its ass with a swish of its tail. . .

The party bosses just had to make a few phone calls:

Hey, Klobot, drop out now and you'll be VP.

Hey, Pochahontas, make sure you stay in at least through Super Tuesday, and you can be Treasury Secretary.

The democrats are just kicking the *socialist* can down the road, to their own further irrelevance. What are they gonna do in 8 years when AOC can run?  She won't be nearly so EZ to dismiss.

Sanders could destroy the democrat party right now.  Simply end the political theater that is the democrat primary and announce he is leaving the democrat stage show to begin a third party candidacy.  Trump would win in a landslide and the republicans would also regain the House of Representatives.  The democrats wouldn't have a pot to piss in, and would have to come to grips with their own fraudulence.  They'd have four years to find a real Democrat to rebuild around. . .and frankly, they would do well to pick this brick shithouse: 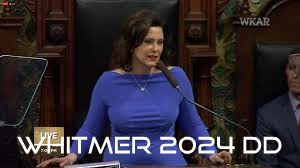 I don't think Sanders has the balls to light a match to the democrats, though that would be in the long-term best interest of the country.  I have a feeling Bernie wants to enjoy his sunset years with the niche he has created for himself as The Little Iconoclast Who Almost Could.  He can bask in the glow of being The Elder Statesmen of kOOks while he and his wife enjoy their *hard-earned* millions.

But Sanders revenge might be out there, lurking in a different form: the novel coronavirus.

The virus could have been Sanders meal ticket, but the democrat party bosses were too stupid to see the big picture. You have to imagine the donkey bosses kicking their own asses when poor people start dropping like flies while waiting in line for their spicy chicken sandwich at Popeye's cuz they can't afford to get screened or go to the doctor cuz they got no insurance.  When the poor start coughing in harmony, the US will be exposed for the broken-down empire it is. China will have the virus under control by the time Americans start pushing up mass daisies, and China's *socialist* health care system will look like a model for the future, while America's absurd and feeble for-profit system is exposed as a plan that only works for the 1%.

[I used to think there were no dumber people anywhere in the world than white republicans, you know, those poor people who faithfully vote against their own best interest every four years. . .now they may have a contender for the imbecile's crown: the idiot southern blacks who voted for Obama's water boy.]
Posted by Person X at 2:18 PM