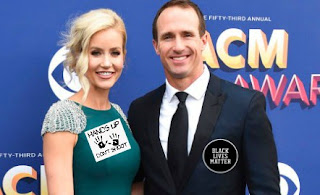 Listen, now, there is nothing wrong in aligning with the peaceful protests.  It's just shocking apathetic Americans have actually managed to stay off the couch for so long.  Hey, it's healthy to protest against the murder of Floyd, and any of the other acts of daily po-lice brutality.  It is long, long past time for po-lice *forces* to be replaced with community service staffs.  Those scare-mongers who predict a daily Purge in a USA without it's current criminal po-lice *force* (not only do the po-lice regularly assault and murder, they also plant evidence, lie, steal, deal drugs, sex traffic, etc.) will be proven badly wrong when it's discovered communities are actually more peaceful when protected and served by a community service staff.

Listen, now, though I am sure to be in my own minority in regard to the fires and looting.  Because of my own distaste for the disastrous inequality and hardship produced by neo-liberalism or late stage capitalism or the FIRE economy, whatever you want to label our American system, the fires and looting don't shock or even trouble me.  My only anger over the looting is Media's weeping for *small business owners.*  They dreamed of owning their own business and worked hard and now watch it being destroyed, blah blah blah.  Fuck their dreams.  Let them push a mop and eat shit like the rest of us.  Most of them have lived off white welfare: one bad business loan after another, which most small business owners never repay.  They bounce from one bankrupt business to the next, chasing their *dream* (living soft on loans they never intend to repay).  And listen, what the crybaby Media ain't telling you, as they produce their weep pieces for small business, is that these poor dreamers haven't actually lost a thing, but instead will gain from what will surely be their inflated insurance claims.  Small business owners will profit from the George Floyd mischief. . .

But the self-abasement of the white race. . .my goodness!  What has brought this on?  For a fairly visible segment of the white population, since the fires and looting, there has been unceasing apologizing, kneeling, confessing, even tithing to. . .to who?  To some generic black America?  To some group called Black Lives Matter?  I don't think the groveling whites even know for who they are humiliating themselves.  They see black skin and they genuflect.

More importantly, do they even know why they are abasing themselves?  Is it out of fear?  Are they afraid the entire black race will turn into Nat Turner?  I have a hard time believing this ritual humiliation is from genuine shame.  Human beings by nature are shameless, thus, there must be another explanation.  Is it a madness?  Some form of white mass hysteria?

I believe a small number of the white self-abasers do act solely from fear.  While in public they will take a knee and mourn for George Floyd, at home they will watch Trump and breathe a sigh of relief when he assures them Law and Order will prevail.

But I don't believe the majority of self-abasers are motivated by fear.  There has to be a self-hatred that had been buried deep within them for most of their lives, and which the George Floyd opus has brought to the surface.  I don't know what the cause of this self-hatred is.  For the sake of a belief in a basic human decency, I'd like to believe it is the centuries of murdering others in the name of America's manifest destiny. . .from the Indians to the Iraqis.  I'd like to think there is some collective unconscious guilt from all the American bloodshed.  After all, America has never even apologized for Hiroshima and Nagasaki. . .in fact, continues to argue it was *necessary.*  Maybe the sight of a white Derek Chauvin, looking like he hadn't a care in the world or a single thought of regret while murdering an intoxicated stumbling black man, maybe this image of conscienceless killing, strobed over and over on Media, triggered some sort of guilt seizure which drove a portion of the white population into humiliating spasms of contrition.

It's cheaper, in dollars, than reparations. . .but far far costlier in dignity.

Nothing useful will redound to these white door mats (or to anybody else, for that matter).

Whatever motivated the gestures of abasement, there is now no going forward for the white kneelers.  Whatever the true source, by kneeling, or, worse, laying prostrate in the street in an absurd communal pseudo-stigmata, these whites have signaled they want to be left behind in their shame.  They don't want to reconcile whatever sins have driven them mad and then work together as equals for the good of all, instead they want to be punished and then excluded from society, forgoing any future responsibility, and leaving the hard work of mending a fraying nation to those who retained their dignity.

Let me repeat, I have no solid conviction as to why a portion of the white race has had this shocking psychotic break.  But whatever its origin, this embarrassing obeisance to the unknown black god does absolutely nothing to bring about a colorblind America.  It only places another barrier, however peculiar, between the races, and ensures that *skin colors matter* lives on.
Posted by Person X at 1:16 PM